This is the second installment of the GREENHOUSE PROJECT and was part of the exhibition UTOPIA/DYSTOPIA at The Urban Institute for Contemporary Arts in Grand Rapids MI. The interior of the greenhouse is comprised of thousands of 35mm slides that once made up part of the fine arts image collection at Carnegie Mellon University. This collection of slides was recently digitized and the hard copies donated to the Center for Creative Reuse in Pittsburgh PA, where I acquired them. Greenhouse; Stalagmites responds to the shared history of photographic technology and geological science, epitomized by the work of frontier photographers who accompanied late 19th century surveying expeditions.

Greenhouse; Stalagmites draws inspiration from two forms of obsolete visual technology in the form of glass-plate negatives and 35-mm slides. Both were replaced by a more efficient technology, thus revealing their ultimate vulnerability. The GREENHOUSE PROJECT installation is inspired by a period of photographic history following the American Civil War, when albumen glass negatives were reused for greenhouse windows. These negatives contained imagery from the war that most people were unable to confront and consequently the plates were repurposed. Eventually over-exposure to the sunlight destroyed the glass negatives but their sacrifice brought life to the plants inside. 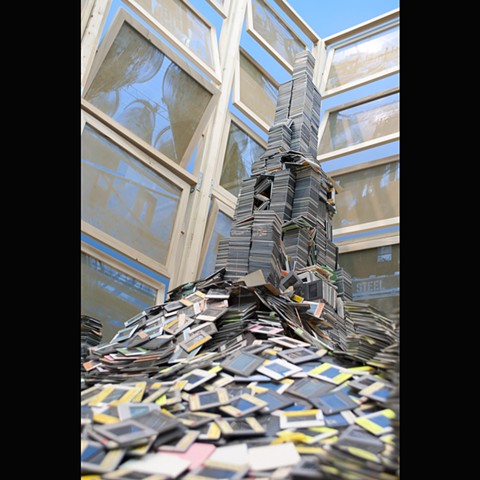 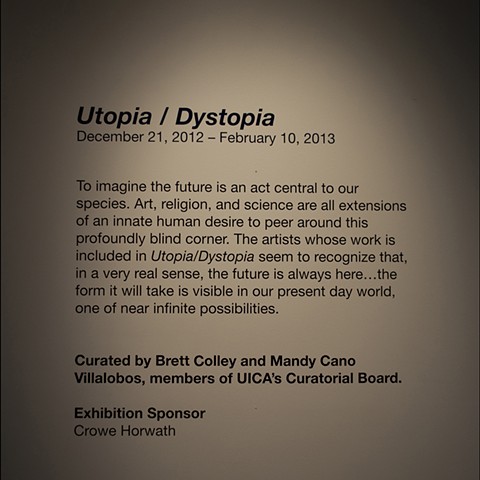 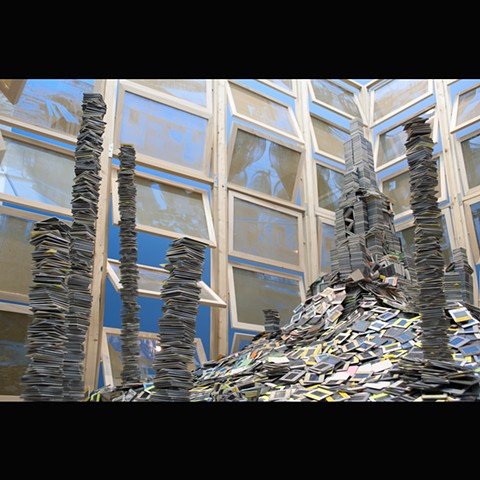 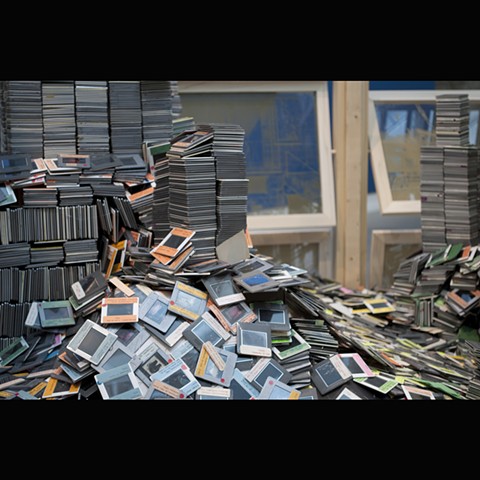 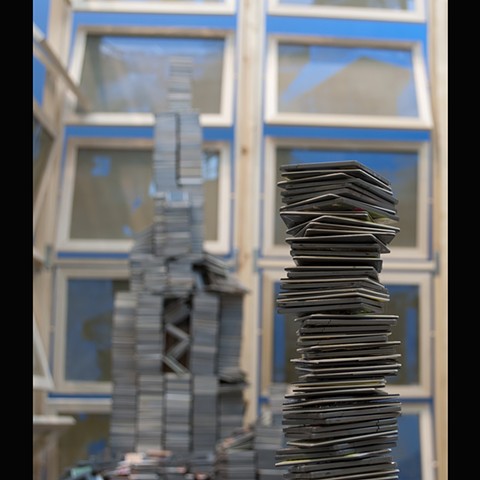 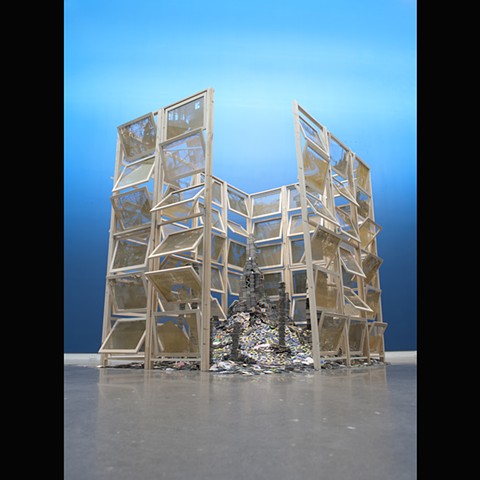 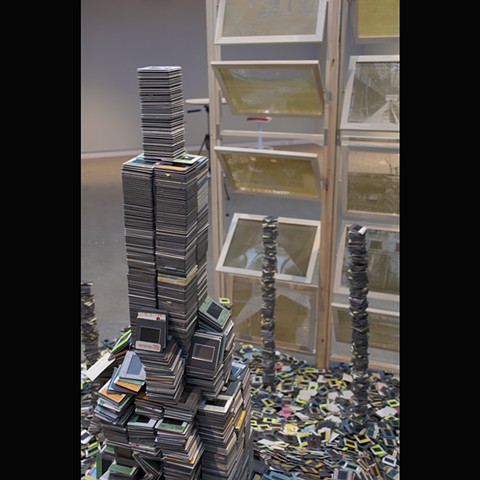 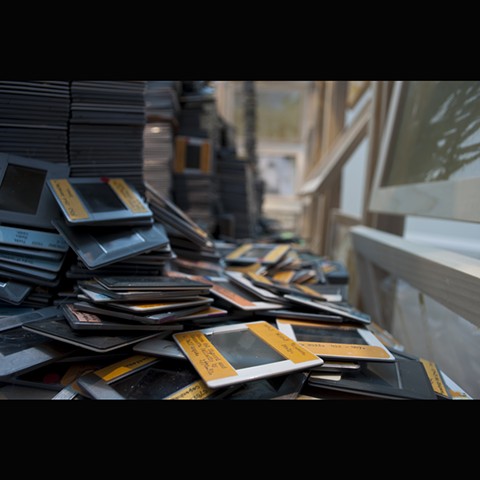 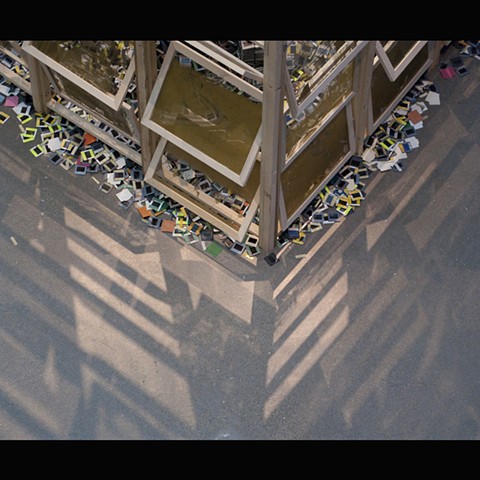 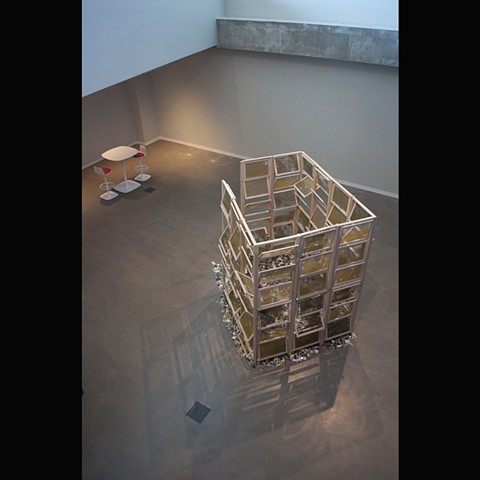