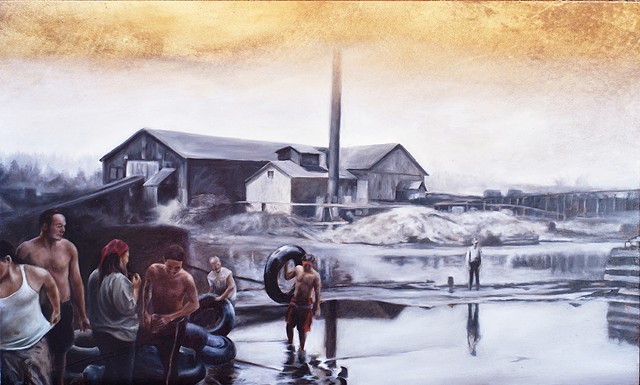 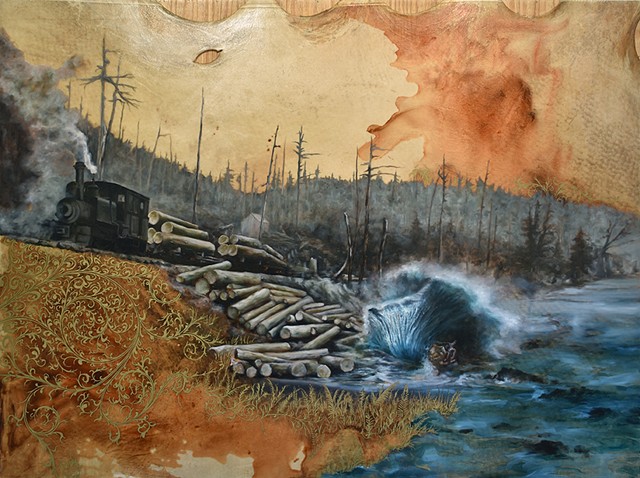 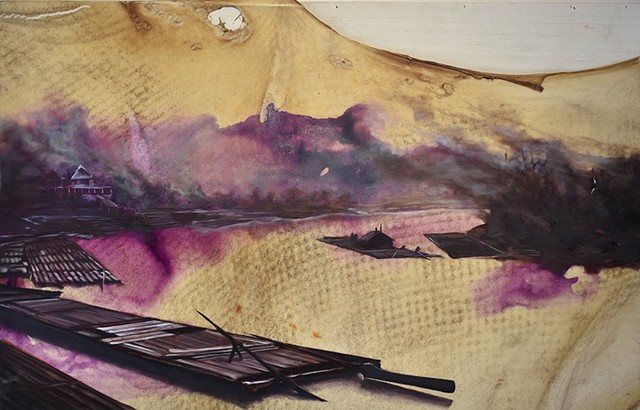 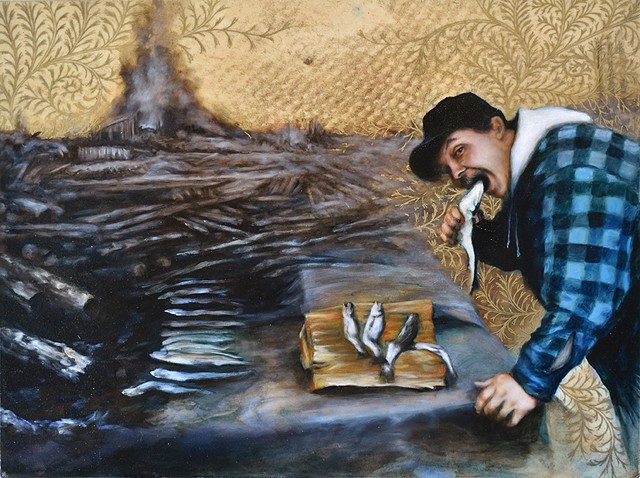 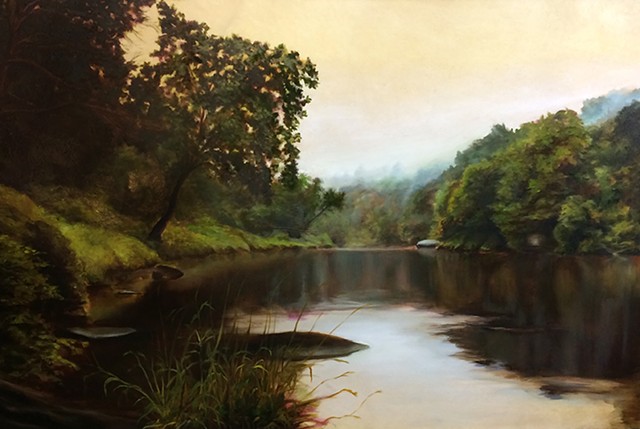 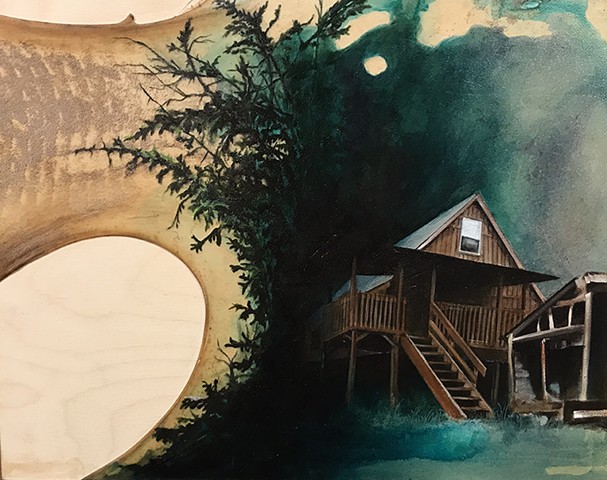 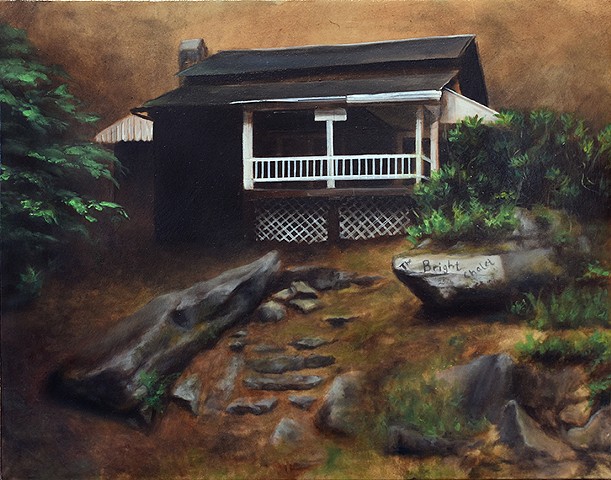 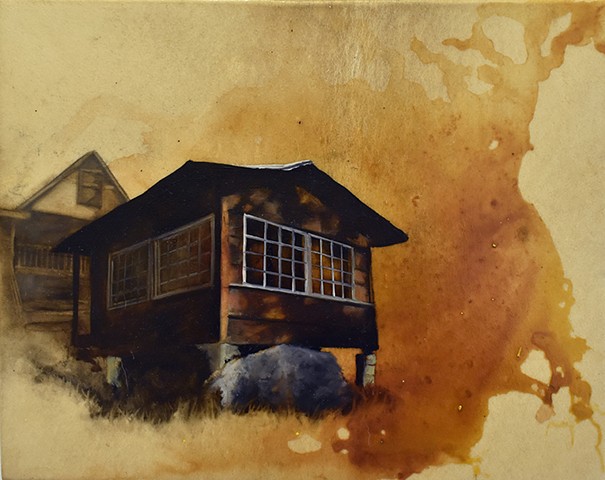 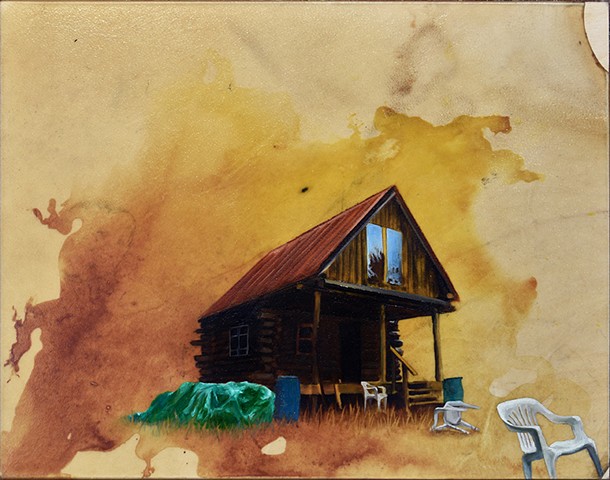 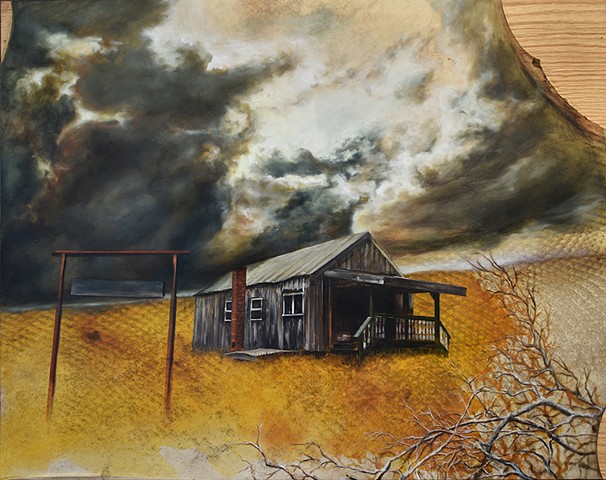 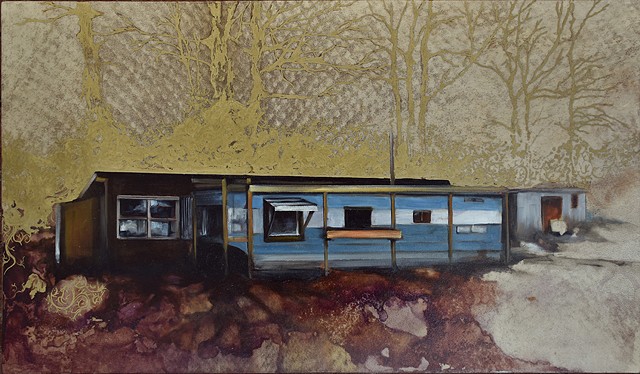 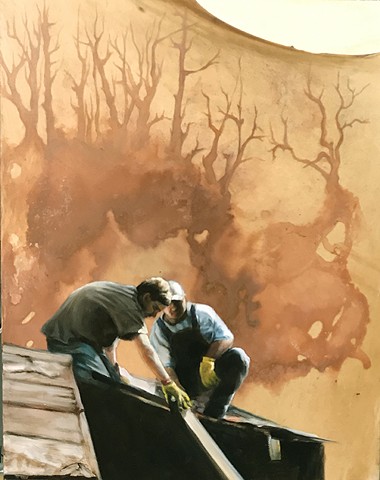 This body of work investigates my relationship with a place called Arroyo, a 19th century mill town located along the Clarion River in Elk County Pennsylvania that once boasted an extensive hide tanning industry. Arroyo is now a shadow of its industrial origins mainly comprised of seasonal hunting and fishing camps that have emerged throughout the mid-late twentieth century. As a child I developed romantic notions of America’s industrial past that were typified for me, by the ruins of the Arroyo tannery located near my family cabin that bears the same name. Arroyo is a memory and an experience. It is a place and an idea that has come to mean different things to many different people. This body of work investigates what Arroyo means to me and also serves as an archive of my attempts to better understand and appreciate that relationship. In essence, Arroyo remains a place intimately connected to the natural world that surrounds it. At once a natural and industrial resource, a place for recreation and escape, and a quite beautiful sanctuary cursed by the allure of American landscape nationalism. Paintings in Arroyo are created with oil paint on processed raw mull deer hide that has been stretched over oakwood panels and first opened to the public at Boxheart Gallery in Pittsburgh’s Bloomfield neighborhood.