The GREENHOUSE PROJECT installation is inspired by a period of photographic history following the American Civil War, when albumen glass negatives were reused for greenhouse windows. These negatives contained imagery from the war that most people were unable to confront and consequently the plates were repurposed. Eventually over-exposure to the sunlight destroyed the glass negatives but their sacrifice brought life to the plants inside.

GREENHOUSE; BRADDOCK was the first installment of this series combining both natural and fabricated elements including live poplar trees, scrap iron, wood and soil. Inspiration for this greenhouse came from the struggling communities of Braddock and Homestead Pennsylvania, both historically steel towns. Inside the greenhouse Poplar saplings and other plants sprout amidst rusted steel and detritus, a symbol of continued growth in the wake of collapse.

GREENHOUSE; BRADDOCK was on display at the Pittsburgh Center for the Arts 6300, 5th Ave, Pittsburgh Pennsylvania 15232 in the winter of 2012. 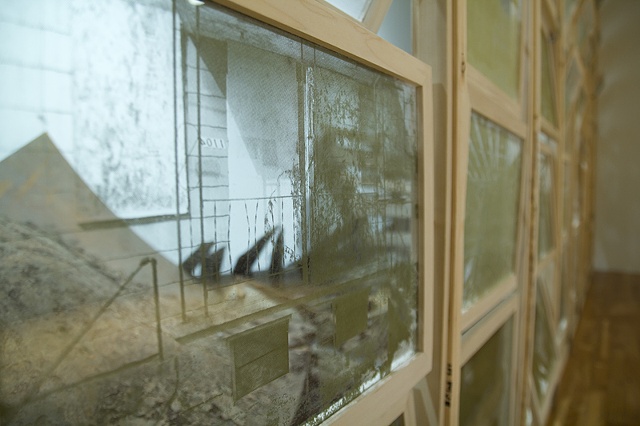 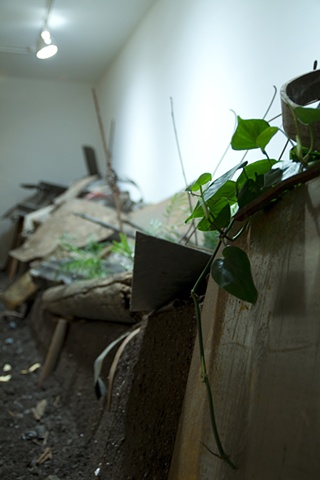 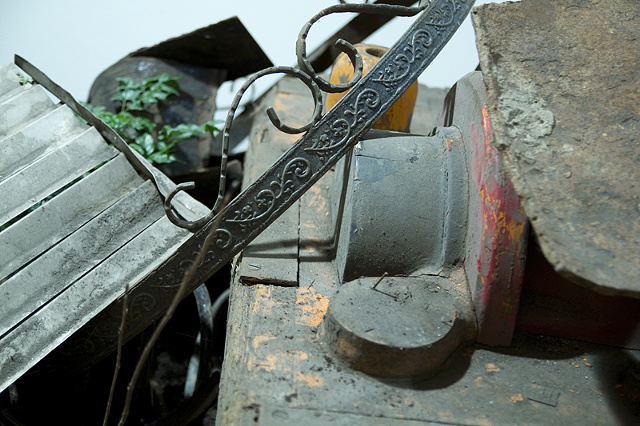 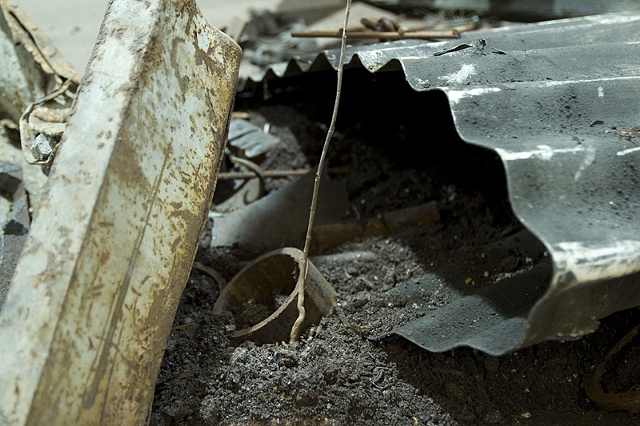 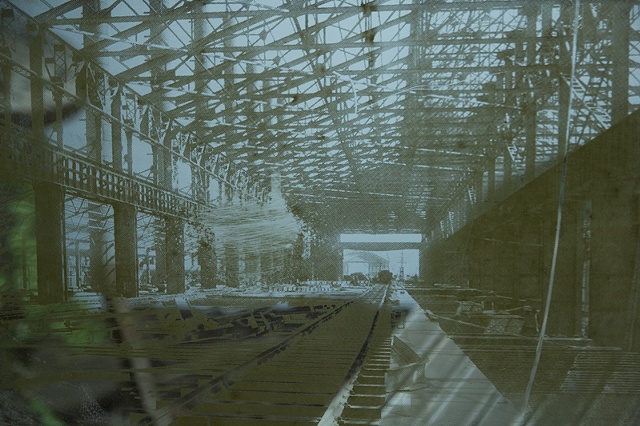 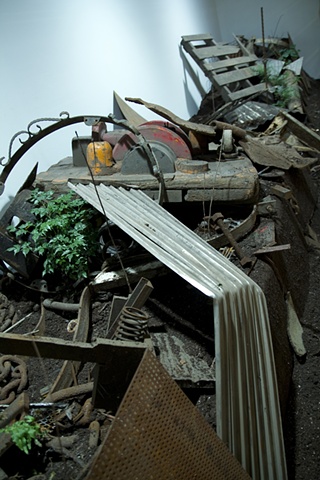 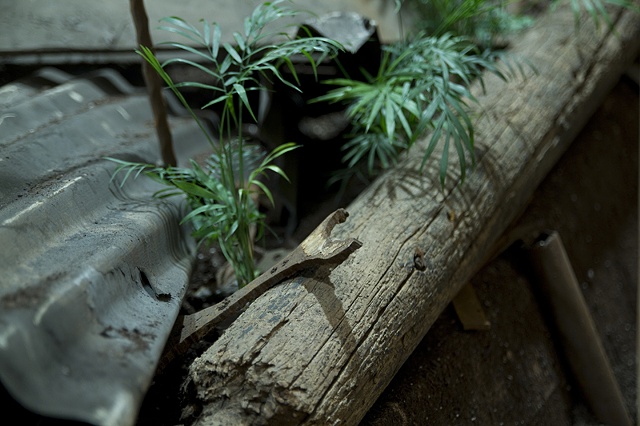 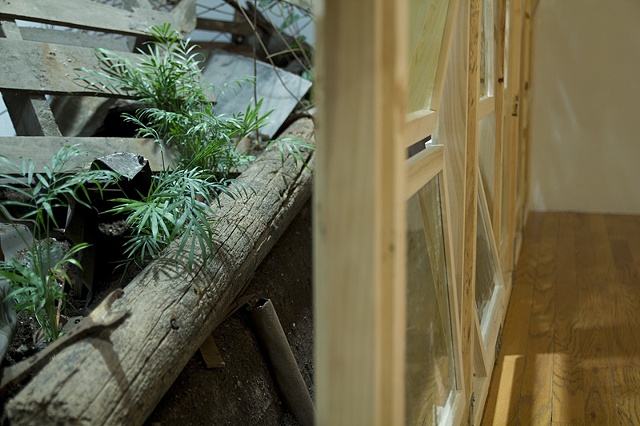 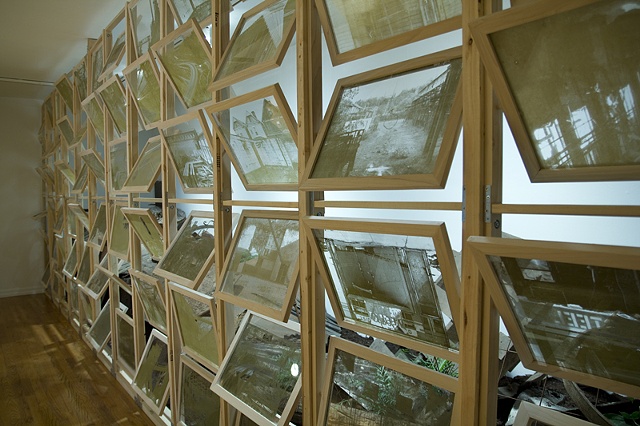 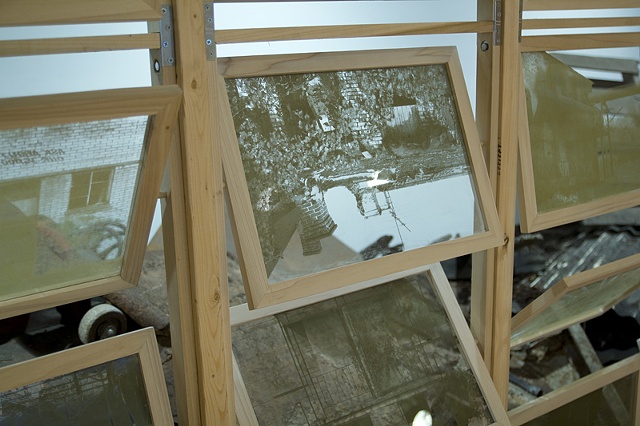 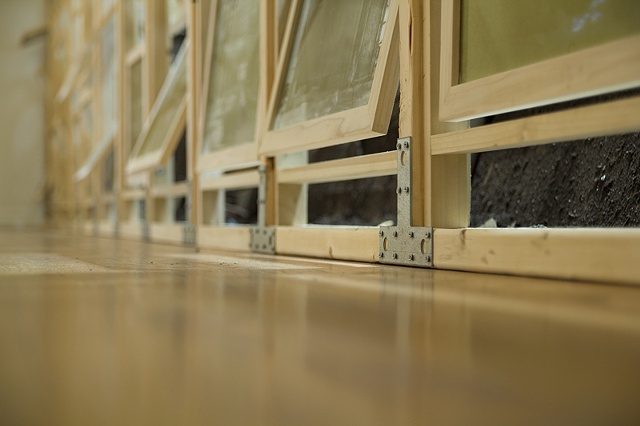